A voice from the past has reached out to you.

There are memories to be shared. Horrific memories. These are a sign of things to come and discoveries to be made. As the evening beckons and the world turns to silence, your mind starts racing. A particular letter has found its way to you, from someone who wishes to help.

Read it, and uncover the secrets.

Really good game. I enjoyed it.

I didn't know this was even a thing! MOAR Cage-Face! Really looking forward to seeing what else comes out with this design.

I started this game not really expecting much but I was pleasantly surprised at the tension the game executes so well.  The monster isn't generic and is very unique compared to other horror games I've played in the past.  Not only that, the game has a mystery vibe to it which is what got me hooked from the beginning. If you're a fan of point-and-click games and love horror, I recommend you play the game for yourself.

If you want to see my playthrough of the game, watch my video below! Game starts at 7:42:

Here's the link to my channel, if you want to see more from me:

For once in my life, I made two new lovely friends! I certainly hope the three of us can go on a live our happy lives together forever! Oh wait, there seems to be a fourth...

Great game. I hope you make more games like this one

Check the video out:

Ok so I got the voice in the letter wrong and just went with it, so the young lady sounds like a grumpy old man

great game really enjoyed it and hope there will be more parts!

Gotta say, this game creeped me good. I picked it as one of the best of the games from the jam

Thanks so much for making such a creepy experience! The narrative definitely got me super spooked, a mix between dread, horror and relief is included here. In some parts I was just like the MC, trying not to breathe and make a sound, as if myself playing would kill the character, because boy oh boyoh, the creature is terrifying. Setting that aside, I felt every element made this game quite entertaining and smooth to play, had no issues finding things to advance with the story, the VA was done really well and the story gave me goosebumps. Great job!

Hey! I included your game in my latest Itch.io Horror Games video! The part with your game starts around 12:54, and if you decide to watch it, hope you enjoy it! Cheers!

This was surprisingly good, a little unclear on what to do with some of the items but not hard to figures out.

If ya randomly start to feel icky pretty ricky, then you better get as far away as you can haha even if your eggo is preggo! I'm loving the way you structure the beginning of the game with the perspective of an outsider ready to dive into another tale of Cage-Face. And the style and mechanics of the game were totally different from the last, and not in a bad way! Let's see the lore of Cafe-Face build!

Added this to my scary game compilation, nice visual novel style, but I thought that some of the mechanic was a little off. For instance not being able to pick up the cigarettes prior to someone saying they want them. It was a fun game if you wanna check out the video!

Thanks for playing it.

Super cool game!! Also love your other stuff (specifically The Possession Experiment, that one is amazing!!)  Made sure to follow to keep up on your stuff ^-^ Keep up the awesome work!!

I LOVE THIS SO MUCH!!! Even though it just a short game, It got a good story. And I love 2d scrolling game. So keep up a good works man!!

I like the concept of the cage face and I also like too see him a bit different. I hope that there will be more cage face game XD

An interesting game. We had a lot of fun playing it. The only problem was that it is too short.

I really liked the monster design for Cage Face, and I found this short story interesting. I would have liked the tension-filled moments to be a little more tense though. I would have liked a chase or maybe some punishments from taking too long to hide. I look forward to trying out your other game with the same monster!

Enjoyed the game, found myself getting really engaged in the story. Good world build cant wait to see what's to come.  GG's

Amazing addition to the cage face series! Loved seeing more being added to this creature and hope there's still more to come for it! A very original horror creature is always awesome to see! Also great work to everyone involved!

I liked this a lot. It’s always nice to see a developer take their character into a different gameplay style and visual aesthetic. It expands on the lore and universe, and keeps the character from being pigeonholed into one style or approach. The scenario has an original quality to it, and the story is paced well for being a brief experience. The formula works, and makes me curious as to where the story goes from here.

love this next installment of the cage face games

Thanks for playing it

Cage face is intriguing and I like the way you've linked the two games together. Not sure why he's on the subway of all places though.

Terror Lurks In Every Tunnel

Reply
HeirAndAnimal1 year ago
Dude, I think you should keep up Cage Face. It has great potential. I am liking the backstory and how it seems to affect people with a smell. Good job on getting this game out so quickly!
Reply
olinkalex1 year ago

thanks for playing, currently I have other work I have to do, but am thinking about possible games involving Cage-Face for the future.

That's dope! I understand your busy, definitely do not burden yourself. I just think you do have something here that could blow up. I am excited for more, but take your time.

Nice one Alex! congrats on another awsome game!

Pros and cons are down below) Check out the vid here (sub to support)):

1. The game is very cool, I like how it elaborated the lore about Cage Face as it is the sequel to the previous Cage Face game.

1. I don't think there's much gameplay here. I think the previous game was more interesting. It was cool replaying it and here it's a one time experience.

2. It would be cooler if the game would have different endings (as is it didn't seem like it at least). Though, it's really hard to add different endings when it's obvious from the start that the main character is going to survive. Yet, you could add another escape route or something similar.

3. The danger didn't seem to be real at all. I think you could make Cage Face patrol one cabin and the player run from one hiding spot to another evading Cage Face at the same time. Or something like that.

This game didn't impress me as much as the previous did. Still, I think it was pretty good. I'll rate it 4/5, yet I can't wait for more Cage Face games! The creature is so cool and it deserves a lot more attention!

Hope my feedback was useful!

Thanks for the feedback

The game was a pretty good game and it was A LOT of fun to commentate over. I enjoyed all of it. I always felt like I was going to end up getting jumpscared LOL. Here is my video on it (I had no idea what to do for the intro so dont judge the video just off the intro LOL)

this game was AMAZING!

Awesome to see more Cage Face! Very much looking forward to seeing where this goes!

I played them both :D
Reply
cristinicola1 year ago

well i love creppy stuff,,and this got my attencion:) really good 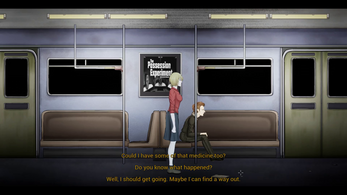 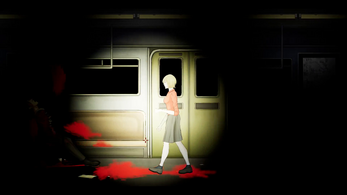 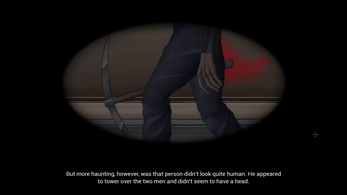